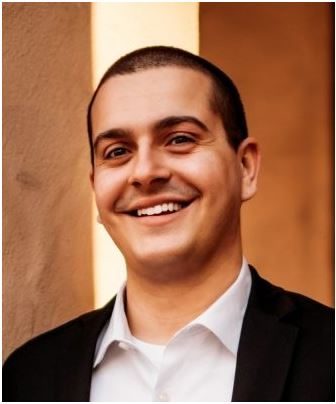 Marlon Oram Mansour is the President and CEO of the Neighborhood Market Association.

Prior to joining the NMA, he worked as a Deputy City Attorney at the San Diego City Attorney’s Office, criminally prosecuting Domestic Violence, Sex Crimes, and DUI cases. At the University of San Diego School of Law, Marlon was both a Moot Court Executive Board Member and the Managing Editor of the 10th Edition of the San Diego Journal of Climate and Energy Law. Marlon received the 2019 Alex L. Cory Scholarship for his commitment to community and public service.

The NMA has held a special place in Marlon’s heart since he was a child. Marlon’s late father, Muayad Oram, was a key figure and architect in the founding and success of the NMA. Marlon studied Political Science at San Diego State University and was politically active in his community, helping canvass and get out the vote in the 2016 primary election. At the age of 15, Marlon started work at a variety of jobs, including working at 2 family owned liquor stores and working in a hotel, to help support his family. Through undergrad, Marlon rose to become the Assistant General Manager at the hotel at the age of 20 before pursuing a legal career.